How we won the Guinness World Record 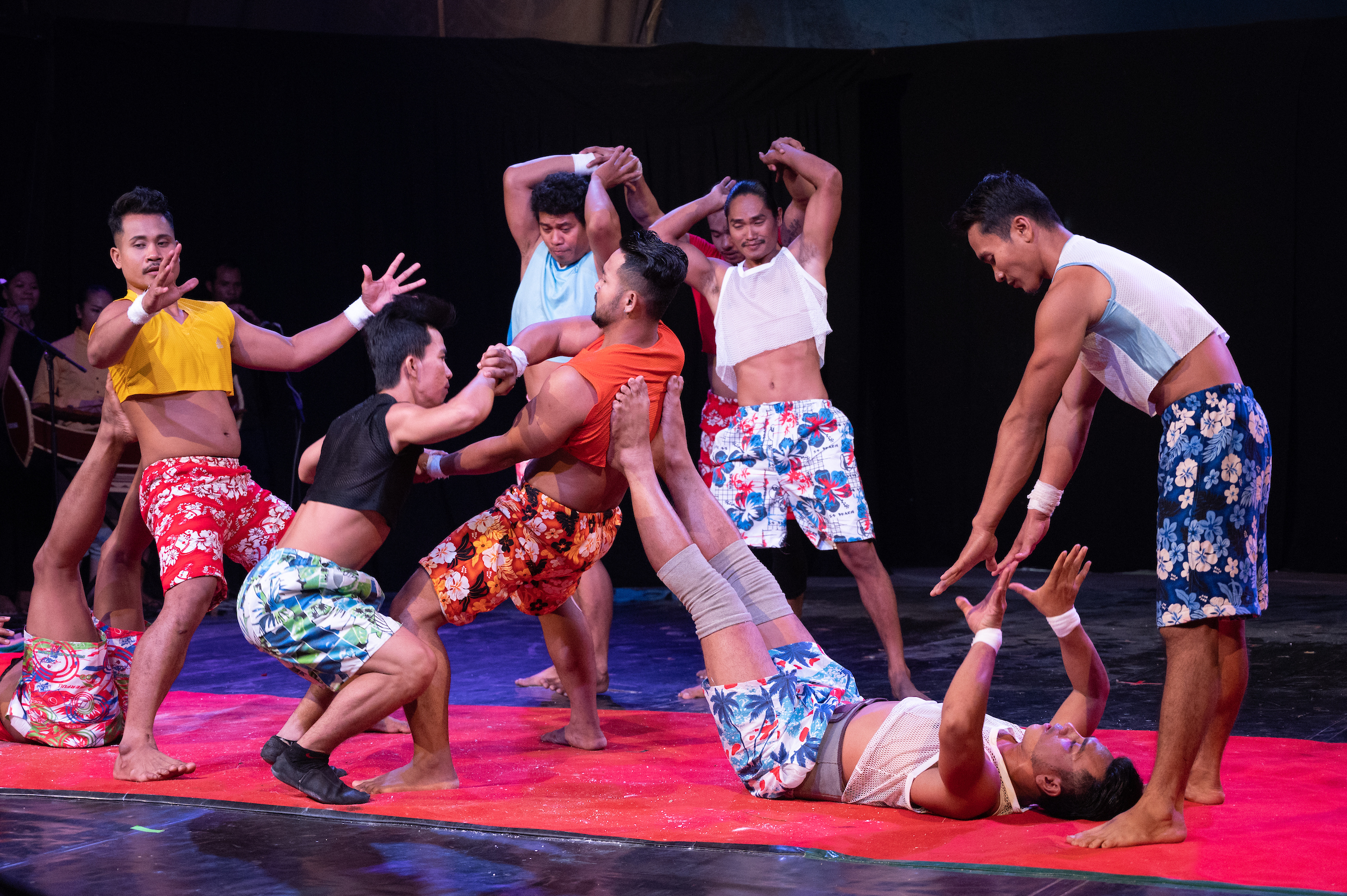 Cambodian non-profit Phare Ponleu Selpak completed an incredible journey that started on 7th March 2021, when it performed a 24-hour circus in a last-ditch effort to raise funds to survive the pandemic and set a Guinness World Record.

Phare was finally able to announce that Guinness had confirmed the record attempt had succeeded at a live multimedia event attended by the Ministry of Culture on 17th November 2022.

The show lasted 24 hours, 10 minutes, and 30 seconds and included 90 professionals performing acts from 31 performances from Phare’s 20-year circus history, including acrobatics, magic, dance, theatre, clowning, music, contortion, singing puppetry, breakdancing, live painting, unicycling, fire acts and more. The performers took to the stage in shifts, grabbing short naps between acts. The event was watched by live audiences in shifts, with more than a thousand taking their turn. Almost a million watched online and the event raised more than $150,000, helping the organization survive the 50% drop in income it faced due to the pandemic.

Phare submitted 131 pages of evidence, including 26 videos totaling 25 hours, and 131 pages of evidence, including timesheets and reports from official reliable witnesses such as monks and teachers. After more than a year, Guinness confirmed that Phare won the world record and is “Officially Amazing”. Despite being a small organization in a small country, Phare has achieved something that world-famous names like Cirque Du Soleil and the Moscow State Circus haven’t, putting it on the global map.

Because of COVID travel restrictions at the time, it would have proven impossible to have a Guinness representative attend the event and give an immediate verdict. Conditions were strict, including that the performance must last over 24 hours, all performers must be paid professionals, acts must not be repeated, and independent witnesses must be present throughout. This required submitting extensive evidence.

“Phare took innovative steps in the last decade to avoid dependence on handouts by creating a popular animal-free circus and tourist attraction which funded their life-saving programs,” wrote Guinness, confirming the news. “COVID-19 was a catastrophe as it meant performances and tourism came to a halt. Phare was desperate for funding and despite not having wealthy support networks or fundraising budgets, came up with something truly creative to grab attention. The idea, drawing on the same creativity and resilience with which Phare was born, was to achieve a Guinness World Record.”

“This is a special day for us. We set ourselves a challenge that often seemed impossible, during the most difficult period Phare and Cambodia have gone through in 40 years. We did this for our students and for Cambodia, keeping arts and education alive for hundreds of children. Many people told us that the 24-hour circus provided inspiration at a dark time.” said Khuon Det, co-founder of Phare Ponleu Selpak.

“We’re so proud of our performers and every staff member who came together to make it happen. We’re grateful to Guinness for confirming that we have set the world record, and for their flexibility in allowing us to make the attempt during the pandemic. We still face huge financial challenges at a time when tourism hasn’t bounced fully back and the world economy is struggling, but this record helped us keep our doors open and will hopefully grab the attention of people who might donate to us to help us keep going,” he continued. 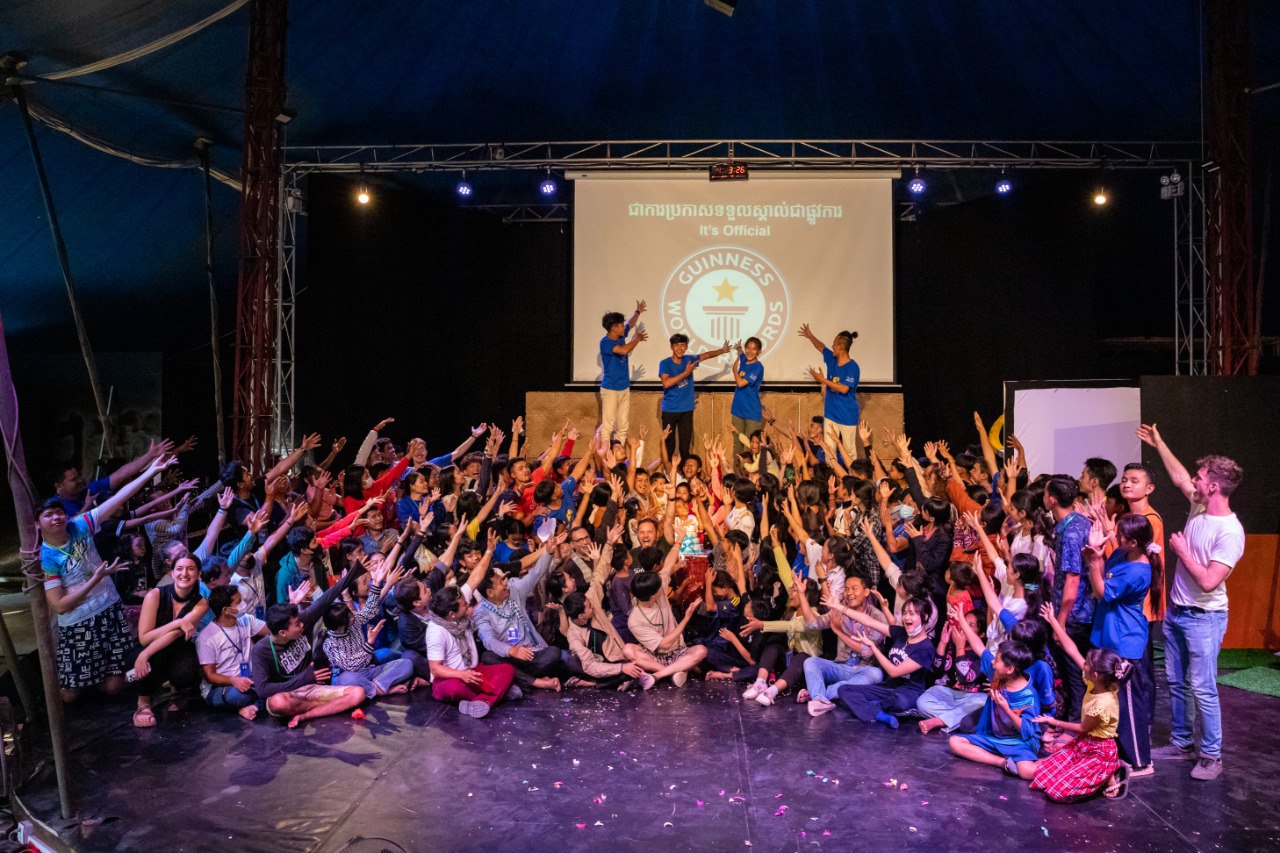