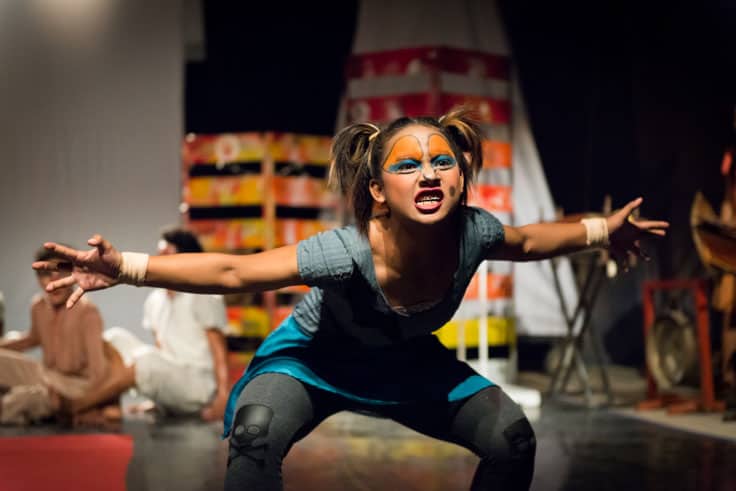 The Circus Department at Phare Ponleu Selpak began in 1998. Today, the Battambang circus school is an open space where any child from the surrounding communities can come to study the circus arts. Our most advanced students can complete the vocational training to enter the market as professional artists.

Each of our performances combine Cambodian folklore with modern day issues. Since the first professional performance in 2002, Phare Ponleu Selpak’s circus troupes have toured every year in Cambodia and around the world.

The circus school curriculum focuses on the major disciplines of juggling, acrobatics, aerial acts, clowning, and balance. The school is divided into three levels: Leisure, Preparatory, and Secondary. Classes are taught by local Cambodian teachers and foreign volunteers. 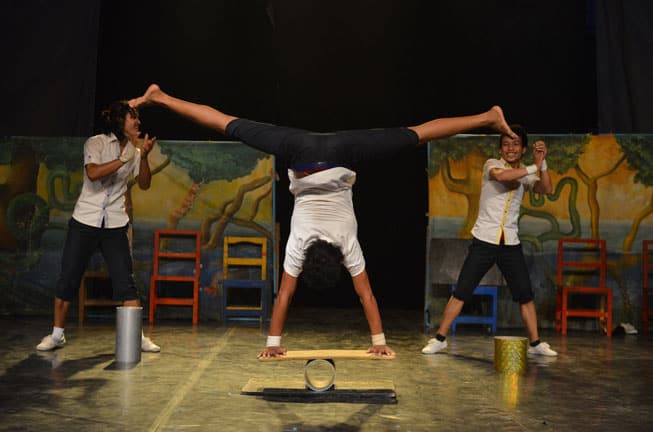 Catch one of our Battambang circus shows here under the Big Top! We have at least two shows a week, often more. Check the schedule to find out when you can see a PPSA Circus performance! 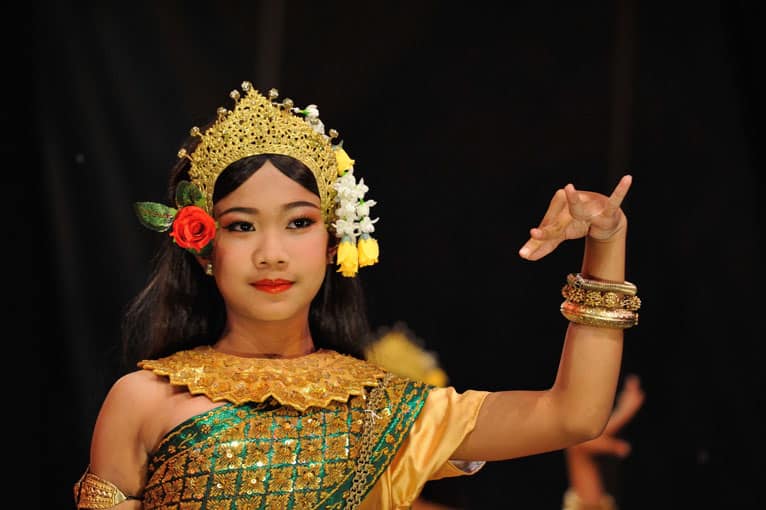 The Performing Arts School introduced dance to the curriculum at the end of 2013.

The lessons begin with traditional Cambodian dance and build from there. Advanced classes introduce students to modern influences. The dance program aims at developing choreographies that students can perform on stage. Today, dance is part of the foundational curriculum of Performing Arts.

The curriculum is divided into three levels: leisure, preparatory, and secondary. 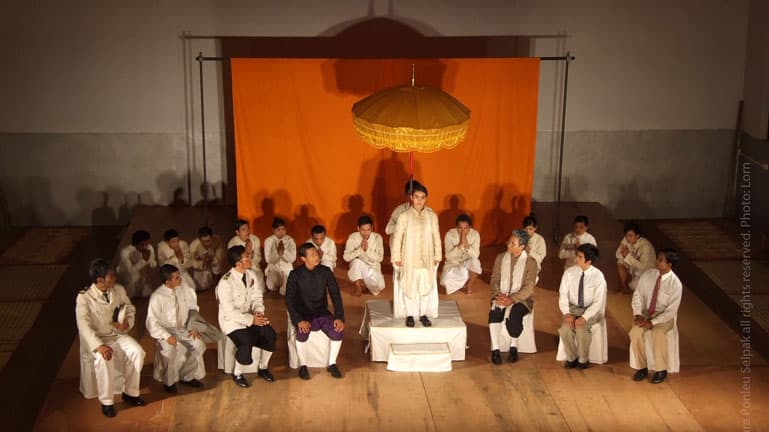 Theatre classes began as a part of the circus curriculum in 2001. In 2014 theatre was included as a compulsory class for Performing Arts students.

Since 2001, Phare students have been performing ‘awareness plays’ across Cambodia. These awareness shows teach Cambodians about a variety of topics, such as AIDS, human trafficking, or domestic violence. The students perform in schools, hospitals, markets, trains or factories; and often in very remote parts of the country.

In 2011 and 2013, a group went to France and Portugal to perform “The Terrible but Unfinished Story of Sihanouk, King of Cambodia” a play from Helene Cixous that addresses the recent history of Cambodia. The performance was highly-acclaimed by the public and critics alike. 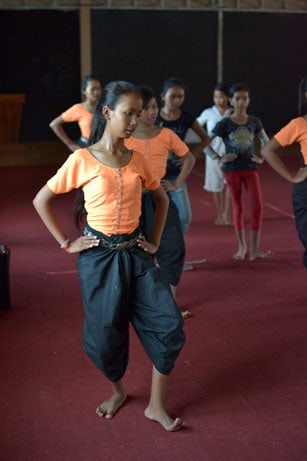 Today, dance students perform before each evening circus performance on the PPSA campus and during festivals throughout the year. Check out the schedule to see our talented dance students in action! 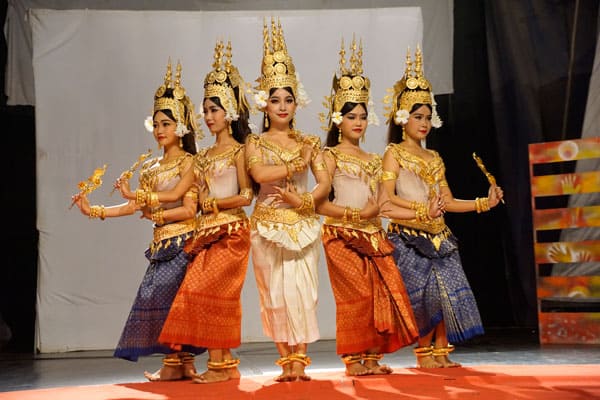 The theatre curriculum is divided into three levels: leisure, preparatory, and secondary. 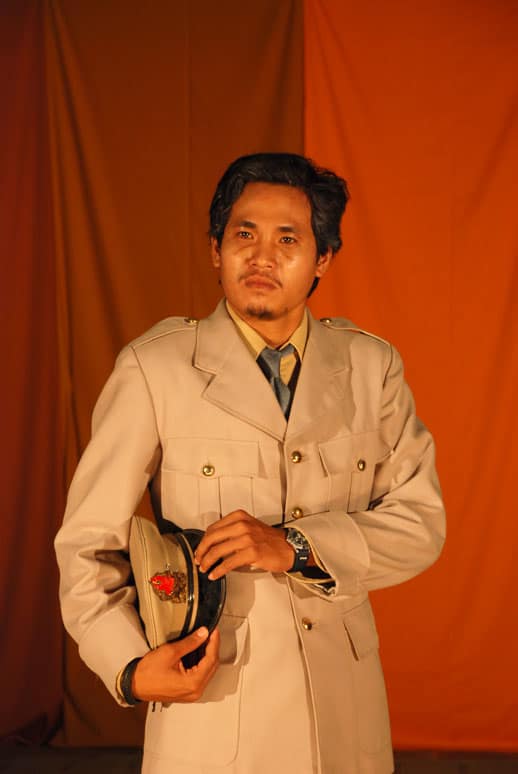 
Created in 1996, the Music Department was the first department of the Performing Arts School. The department teaches both traditional Cambodian music and modern music. In the final years of the program, students blend the two into a uniquely Cambodian sound.

Students receive high quality instruction in a variety of instruments including korn vong thom, roneat ek, and the takel. The curriculum is divided into three levels: leisure, preparatory, and secondary. 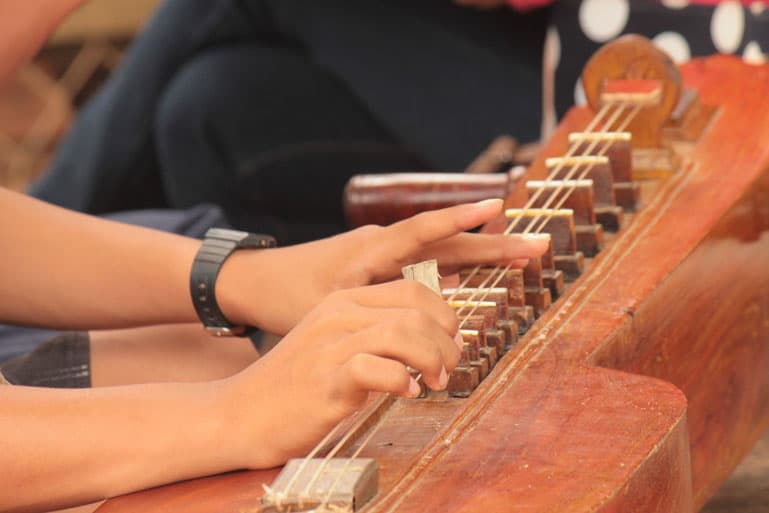 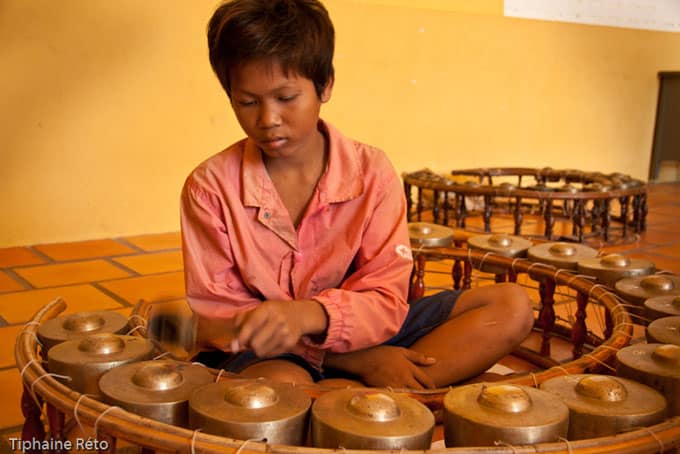 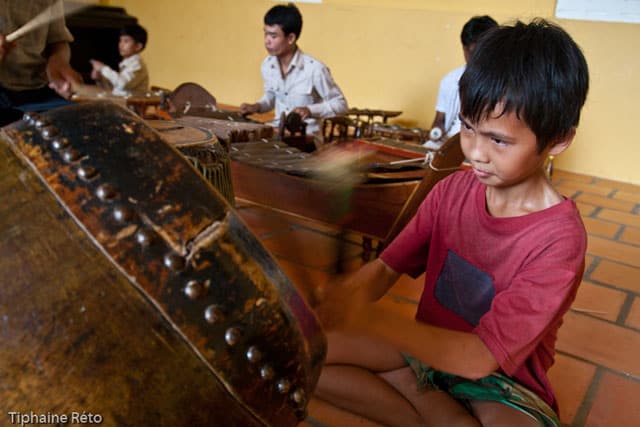 Today, the Music Department collaborates closely with the Circus Department to provide live music during the circus shows here in Battambang. Played by PPSA music students, these performances bring together a broad spectrum of styles and genres.

The PPSA campus also houses a recording studio which allows the musicians to make professional quality recordings of their work.

Check out our music students during a circus performance here at the PPSA campus in Battambang. Check the schedule to find out when they perform next!